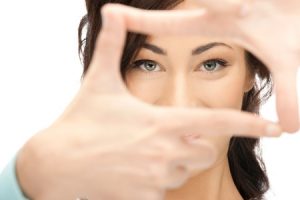 Another year has started, and all of the typical New Years’ buzz has once again made its appearance. What are your New Years’ Resolutions? What are your Goals for 2013? Have you set your budget for 2013? Business goals, personal goals, the questions really are the same. My typical response is that I don’t set New Years’ Resolutions because if I want to change something, why do I only have that opportunity once a year? And for the most part, that is true. However, if I’m completely honest with myself (and all of you) even though it is only a calendar distinction, I can’t help but feel that every January 1st gives me a new start or another chance.

The one thing that I have found, however, is that reflecting back on the past year is a must. Looking back to see what my successes were, what I did right, what I accomplished – that is all fundamental to determining what needs to be done in the coming year. Not only do you need to review your successes, but your mistakes as well. I don’t call them failures as that isn’t what they are. Failure implies that you have given up and won’t be trying something new. I was on holidays for the week between Christmas and January 1st, and a great deal of that time was spent in reflection of 2013 and then determining what I wanted to change in the coming year.
Not sure if you are interested, but I’ll share some of my successes and some of my mistakes. My biggest achievement was getting my time back. This is something that I’ve struggled with as a business owner, for probably the last 10 years. Working all of the time, my laptop never being far from me and always on. Working days, evenings, weekends and then taking a week vacation but still being connected. Burning out, taking a week to recoup, and then starting the pattern all over again. Sound familiar? 2012 was not like that. Although it was a tough road, and lots of second-guessing, the end was definitely worth the journey. By the end of the year I was no longer working weekends, my laptop stayed turned off when I got home from the office every night, and I couldn’t believe it, but I actually took 4 weeks of vacation in 2012! No, that wasn’t a typo, it was 4 weeks! The great thing is that my business continued to grow and thrive because I had more energy, more enthusiasm and was more productive when I was there. And I can’t explain the difference that has made to my family and my personal life. Rather than just being busy, I was working smarter.
Now mistakes or “learnings” as my coach calls them

If I had to narrow it down to one, since blog posts are supposed to be short (too late for that

), I would have to say that it was not making myself the priority. I still made my to-do lists and to accomplish lists, “me time” would be on the list, but more often than not, it would be one of the things that was still left unhighlighted at the end of the day. I did get better, but it isn’t at the point where I need or want it to be.
So, even though I started this post by saying I don’t make New Years’ Resolutions, I guess that isn’t true, because I’ve set some goals for myself both personally and professionally and I have to ensure that next year at this time when I’m reflecting back on 2013 my learnings are different than they were for 2012.
And aren’t goals made in January, just New Years’ Resolutions?
How about you? Do you set New Years’ Resolutions. I’d love to hear them if you would like to share.
Copyright: dolgachov / 123RF Stock Photo