Candy Crush Can Ruin Your Business 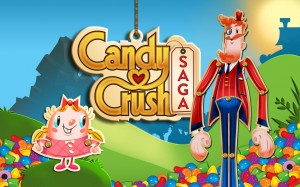 Okay, so not literally, unless your staff are spending all of their time playing the online matching game during work hours and reducing their productivity. And the same is true if you are a business owner, and are spending all of your time playing Candy Crush instead of building your business.
But even if you are an occasional player of the very popular game, it can still ruin your business. I’ll tell you what I mean from personal experience. I was an avid Candy Crush player. I know it’s pretty mindless, but it was how I would relax and turn my head off of everything business for a while and play. I’m on Level 448 and just realized recently that they’ve changed their messaging and that the game was affecting me in other ways.
One of the things that I find the hardest about being a business owner is staying motivated. Part of your job as a good leader is to keep your team motivated and excited about coming into the office everyday. Creating an environment where the general sentiment isn’t “Oh no, it’s Monday…” or “Yay, it’s Friday!….” But as a business owner, self-motivation is a very important trait that is needed. You don’t usually have someone that can motivate you, or pats you on the back when you’ve done something exceptionally well. That all usually has to come from within, and some days it is difficult to find it within yourself to keep yourself moving forward.
In the past, when you would not make it through a level on Candy Crush – whether it was because you didn’t meet the goal required, or you ran out of time or moves, the message that would come up on the screen would be “You didn’t achieve your goal, End Game?” When you clicked on End Game, the next message that would come up would be “Replay Level?”
But at some point, in some update that I installed, that changed. The message that now comes up when you didn’t clear the level is “Give Up”. You actually have to click on the words/button, to move to the next screen. And the next screen says “You Failed to Achieve your Goal”
What’s up with all of that negative language? I found that when I would take a couple of turns trying to pass the level, it would demotivate me every time I had to click on “Give Up”. And reading over and over again that I had failed, didn’t help me much either.
The scary part was that when I would stop playing the game, I could feel the change in my mood and my confidence level in whatever the next task was that I would perform, whether for my business or personally. I got so used to “Giving Up’ that it became easier to do that elsewhere and it be acceptable.
I’m a big fan of reading motivational material and listening to motivational audio, to keep me challenged and excited and moving forward. And with something as ordinary as playing a game on my iPad, I was counteracting all of that goodness.
So this post is to make you aware of the small things in your life that may be holding you back without you even realizing it.
I’ve now moved away from Candy Crush and on to Cookie Jam, whose language is “Try Again” when I’ve not passed a level, and I’m good with that 🙂