Important Tax Changes for BC and PEI 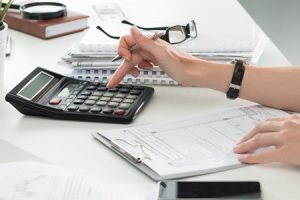 We recently received this email from Intuit, detailing some upcoming important tax changes for changes to sales tax in British Columbia and Prince Edward Island, which will take effect on April 1, 2013. The email also provides some information on how to update your tax codes in QuickBooks in order to accommodate for these changes.

Below is the email in its entirety, with some helpful links for residents of both provinces.

On April 1, 2013, the provinces of British Columbia (BC) and Prince Edward Island (PEI) will be changing the way their sales taxes are administered.

In British Columbia, the 12% Harmonized Sales Tax (HST) will be replaced by the 5% Goods & Services Tax (GST) and 7% Provincial Sales Tax (PST).¹

In Prince Edward Island, the PST will be replaced by a HST rate of 14%, of which 5% will represent the GST and 9% the PST.¹

You will need to make a few changes to your existing tax codes to accommodate for these changes, but we’re here to help you through it.

Review our Support FAQs and videos on how to make the transition within QuickBooks 2013: (edit: several offsite resources are no longer available)

Are you a resident of BC or PEI? What are your thoughts on these tax changes?

Residents of other provinces, do you think changes similar to either of these should come into effect for sales taxes in your province?