What Can Bad Bookkeeping Cost You? 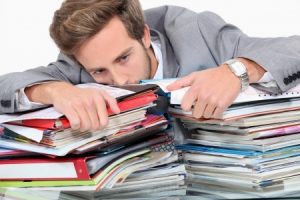 Over the last several weeks I seem to have had an influx of new clients who are suffering from bad bookkeeping. I don’t know if it is because so many business owners are submitting their books to their accountant for year end, but it does seem like February and March are months that we see a higher number of calls.

One of the stages in our process is to complete a site assessment of your existing books. Since our pricing model is flat fee billing, the only way for us to provide you with a price is to see what our starting point is.

I’m going to share some information from a meeting I had last week. It was a gentleman who had been in business for a little over 2 years. He had hired a “bargain bookkeeper” (his words, not mine) who set him up on QuickBooks and managed all of his bookkeeping functions, from accounts payable, customer invoicing, payroll, T4’s, HST, Source Deductions and bank reconciliations. His bookkeeper pretty much dealt with everything and he had very little involvement, other than signing cheques. He would just ask every so often “How are things going?” and would receive the reply “Good. All under control.” So he merrily went on with building his business, increasing his sales team and selling more products.

His year-end was May 31st and his accountant started asking for his files the middle of August. His bookkeeper wasn’t yet done, but was “close”. This continued on for another 5 months, and they finally made it to his accountant sometime in January.

He came to see us because he knew that he had a profitable year and would owe taxes that were now late, and he wanted to avoid being in this same position for his next year-end. He was very upfront about what he was paying in bookkeeping fees and “knew that our fees would be higher because we were a bookkeeping firm and not a single person in their basement” (again, his words, not mine).

After our initial meeting we began our site assessment and he was stunned at what we found. Yes, he was paying his bookkeeper $2500/year in fees, but what he also paid was $6500 in accounting fees for his accountant to “fix the bookkeeping”, and $14,000 in late penalties and interest from CRA on late source deductions, HST filings and T4 Filings. Not to mention the interest he would pay on his overdue corporate tax bill.

So what he thought was a bargain of a bookkeeper, wasn’t such a bargain after all.

The biggest challenge is that by their very nature, business owners are trusting. If they don’t know or understand bookkeeping, they rely on the person that they hire to know what they are doing. (That’s a whole different blog post on the lack of Certification in Canada 🙂 ).

The most important thing when you are placing that trust in someone, is to ensure that it is the right person.

My plea is this – please don’t shop for bookkeeping based solely on price. Ensure that you have the right bookkeeper, who knows what they are doing, and can meet the deadlines.  That is certainly a challenge in Canada, as bookkeeping is an unregulated and unlegislated arena. There is no legal certification needed to call yourself a bookkeeper in Canada, and so you do have a diverse group of individuals, calling themselves “bookkeepers”. If you don’t know the right questions to ask, or if you aren’t sure if anything is accurate on their resume, we’ve developed a great tool for business owners – Bookkeeping Assessment Test. This is a completely independent test, developed by Accountants, which can help measure the knowledge of your bookkeeper before it costs you thousands of dollars or aggravation and headaches of getting on CRA’s radar.

Bargain bookkeeping isn’t always a bargain, so make sure that you don’t end up in the same place as the gentleman I met last week.