Ontario Budget Not a Good One for Small Business 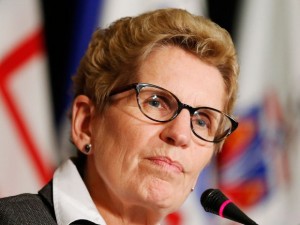 Last month, fresh from a majority election win, the Liberal Party re-introduced the same budget it tabled on May 1st.
I won’t mince my words, I don’t like it.
Generally speaking, I don’t like it and in particular I don’t like that I think it will hurt small business. Especially troubling to me is the introduction of the Ontario Retirement Pension Plan (ORPP), Ontario’s version of the federal pension plan.
Let’s take a look at the facts shall we?
Beginning in 2017, under the new budget, employers and employees each will make annual pension plan contributions of 1.9% on earnings to a maximum of $90,000. In other words, each will contribute up to approximately $1,700 annually to the Ontario Retirement Pension Plan (ORPP). This will apply to those employers and employees who do not already participate in a comparable pension plan.
This of course is in addition to what businesses already pay in Canada Pensions Plan (CPP) premiums.
In a recent survey, small business advocate the Canadian Federation of Independent Business (CFIB) solicited the opinions of 3,200 small business owners. Not surprisingly 86% of respondents opposed the implementation of ORPP and 69% said it would make job cuts or freeze salaries. Half of those respondents said they would have to eliminate jobs.
As CFIB president Dan Kelly stated
“This is clearly a contradiction coming from a new government that claims to be focused on creating jobs and growing the economy.”
As these new “taxes” are on earnings and not on profit, they will likely hit small and medium-sized businesses the hardest. Larger companies will be able to absorb this tax blow much better.
As well, the ORPP makes Ontario less competitive compared to other Canadian provinces that do not have a provincial pension plan, except Quebec, and thus don’t have the additional payroll tax to pay.
In short, a new payroll tax which would make it very difficult for small businesses to operate in Ontario.
What do you think of the new pension plan for Ontario? How do you think the budget will affect small business? Your opinions are always welcome.