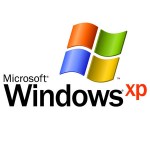 Attention all small business owners who are still using Windows XP (we know you’re out there): sorry folks, it’s time to move on.
We feel your pain. Really, we do. Windows XP is one of the most – if not the most – well-regarded and highly praised operating systems that Microsoft has ever released, and its continued use to this day, over 12 years after its release, showcases its popularity amongst consumers and businesses.

Unfortunately, popularity doesn’t always count for enough in the world of technology. In December, HP’s website ran an article offering details on Microsoft’s decision to stop support for Windows XP. HP offers a warning to users regarding what they’d be missing out on if they don’t migrate soon. From the article:
The XP era draws to a close
Microsoft will stop supporting the popular third-generation technology on April 8, 2014, spelling an end to updates, fixes and other related services. These are only a few of the drawbacks to hanging on. Others include:

Basically, you can stick to XP if you really want to, but as of April 8 you’ll be on your own in terms of support, upgrades and protection from hackers. This last item is one that the article highlights as the biggest priority, and it goes into detail on why keeping your business systems safe is so important.
Take a look at the full article to find out more about making the switch and why it’s something that should be done before the deadline. In addition to recommendations on security, it also offers some information on Windows 8, the latest release from Microsoft that’s slowly but surely making its way into businesses around the globe.
What do you think? Are you still using Windows XP for your business? Do you plan on migrating before the deadline? Your thoughts are always welcome, so let us know!